The Theology of Suffering, Part IV

"Theologians and philosophers talk about 'the problem of evil,' and the hygienic phrase itself bespeaks a certain distance from extreme suffering, the view from a life inside the charmed circle." - James Wood 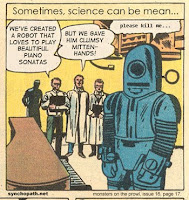 The above statement is one of my favorites in all of James Wood's recent New Yorker article on Theodicy (i.e. why a gracious God would allow suffering). I could not agree with him more. In fact, in this final installment, my primary focus will be the disconnect he's describing between the theory of suffering and actual suffering. The truth is this: you must be a fellow sufferer in order to comfort sufferers. No amount of figuring out "why" will assuage the pain.

My last two posts have discussed: 1. the primacy of the heart in regard to the thoughts and actions of human beings, and 2. the superiority of a bottom-up theology that emphasizes the nature and work of Christ in revealing the Father. Now, the above quotation describes an approach that is divorced from both of these. It describes an approach to suffering that is speculative and sterile, one that appeals coolly (and ultimately unsatisfactorily) to a dry intellect.

Sadly, we've all heard this approach used far too often. It commonly takes the form of the callous announcement that suffering is “for the glory of God”. Sometimes it is expressed with such relish that one wonders if the sentiment has been unconsciously sent hurtling forward in time from a wounded little boy. Other times, the bizarre and presumptuous nature of the statement leaves one in stunned silence (e.g., Pat Robertson’s assertion that Ariel Sharon’s stroke was the result of giving Gaza to the Palestinians, etc...).

But the approach of one who has been justified by faith is different. It is one of deep humility about the acts of God and deep love and empathy for fellow sufferers. It is bottom-up and heart-centered, and it is not self-delusional about the suffering in one's own life - it does not stuff its remembrance into the shoebox in the closet. In this approach, empathy, understanding, patience, and mutual connection flow organically and naturally. With texture instead of sterility. Tears instead of data. 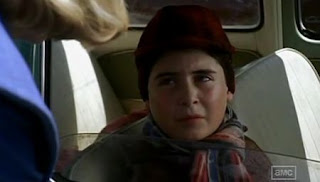 Since Fyodor Dostoevsky has been a theme in the Wood article and in my responses, it is only fitting that we end with him. The following quotation, from the epilogue of Crime and Punishment, sums up the sufferer-to-sufferer approach better than anything I've ever read.

By way of background, the protagonist anti-hero Raskolnikov has been sent to a Siberian prison camp for killing two women (for an interesting reason that is not germane to our discussion). He has spent the entire (long) book under assault from his conscience and the authorities. Along the way, he develops a complicated relationship with a tragic girl named Sonia who was forced into prostitution by the financial need of her family. One of the murdered women was her only friend, yet in Raskolnikov, she finds a fellow sufferer. Despite his pushing her away, she follows him to Siberia: 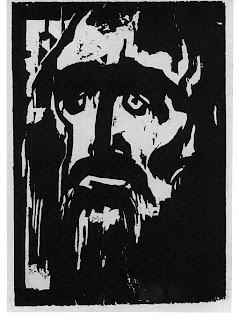 Raskolnikov sat gazing, his thoughts passed into day-dreams, into contemplation; he thought of nothing, but a vague restlessness excited and troubled him. Suddenly he found Sonia beside him; she had come up noiselessly and sat down at his side. It was still quite early; the morning chill was still keen. She wore her poor old burnous and the green shawl; her face still showed signs of illness, it was thinner and paler. She gave him a joyful smile of welcome, but held out her hand with her usual timidity. She was always timid of holding out her hand to him and sometimes did not offer it at all, as though afraid he would repel it. He always took her hand as though with repugnance, always seemed vexed to meet her and was sometimes obstinately silent throughout her visit. Sometimes she trembled before him and went away deeply grieved. But now their hands did not part. He stole a rapid glance at her and dropped his eyes on the ground without speaking. They were alone, no one had seen them. The guard had turned away for the time.
How it happened he did not know. But all at once something seemed to seize him and fling him at her feet. He wept and threw his arms round her knees. For the first instant she was terribly frightened and she turned pale. She jumped up and looked at him trembling. But at the same moment she understood, and a light of infinite happiness came into her eyes. She knew and had no doubt that he loved her beyond everything and that at last the moment had come....

They wanted to speak, but could not; tears stood in their eyes. They were both pale and thin; but those sick pale faces were bright with the dawn of a new future, of a full resurrection into a new life. They were renewed by love; the heart of each held infinite sources of life for the heart of the other.