Aliens and the Law 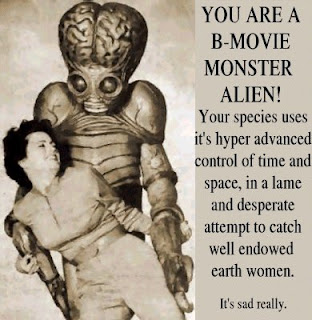 The following is a blog post written a few years ago by my friend and respected teacher Paul Zahl:

Aliens and the Law

It is amazing. I heard about a sermon preached recently at a large and celebrated evangelical church (not in Pittsburgh), and it was that massive same-old, same-old. The preacher said that there are two questions we shall all be asked on Judgment Day: One, did we accept Christ? And Two, how did we do after we had accepted Christ? He said that he “guaranteed” that we would all be asked these two questions.

Now here is this preacher acting like Britney Spears: “Oops! I did it again.” Oops, I preached the Law again, to Christians. I started by preaching the Grace of God – that is, before you accepted Christ – but then, after you became a Christian, it’s the Law for you!

This is just the same thing we hear everywhere and Sunday after Sunday, from here to eternity. You preach forgiveness to sinners, then once they respond in joy to that great enabling word, you place their necks securely under the Law. 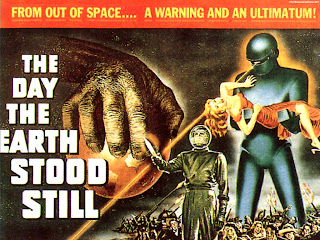 The preacher who sang the song of “Oops! I did it again” – which is to say, rats, he preached the Law instead of the Gospel, like just about every single one of his evangelical co-religionists – is the Gentile embodiment of a First-Century rabbi, with, again, that little messianic plus.
This is terrible. 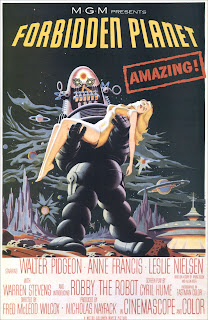 Which brings me back to Aliens, and Jesus Christ.

What you see in the movies is paralleled precisely in theology. All aliens are obtrusive and intruding, and fully other. They are not nice and they are not humane and they are definitely not Grace-filled. They are pure Law, and suppressive and controlling, and often terminating.

The best alien story ever written is the story of Christ’s coming to the earth. Why? Because it is truly an alien story. The gift of Grace is alien to the human condition. Grace is not Law. It does not accuse, nor does it demand, nor does it legislate, nor does it require. It sets all that aside. The best tag-line for a science-fiction move that has ever been written was written by St. Paul, when he said, “Christ is the end of the Law, for them that believe” (Romans 10:4).
That is alien wisdom. It could never have come from a human hand. 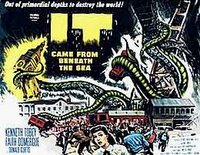 We would have put in requirements, or conditions, or “tweaked” it (a truly Legal phrase), or talked about “good cop, bad cop,” or put it in our own action-consequence lingo. We could never, ever have come up with something like, “Christ is the end of the Law.” And for Christians, no less.

St. Paul was not a “covenantal nomist.”

Flee churches that place nice Christian sufferers under the Law.

But… where will you go?

P.S. If you want to watch a nice movie this Saturday afternoon while they are counting the ballots in San Francisco, put on It Came from Beneath the Sea. It is easily available at any Best Buy or from Netflix, and its plot (and locale) speaks for itself.
Posted by David Browder at 8:38 PM