Perfect Power Casts Out All Love 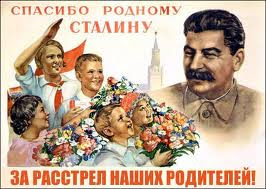 The Empire's seminaries were "notorious for the savagery of their customs, medieval pedagoguery, and law of the fist," comments [Leon] Trotsky. "All the vices banned by the Holy Scriptures flourished in this hotbed of piety."

Revolution with some of its most ruthless radicals. "No secular school," wrote another seminarist, Stalin's comrade Philip Makharadze, "produced as many atheists as the Tiflis Seminary." The Stone Sack (nickname for the seminary - DB) literally became a boarding-school for revolutionaries.

One of the great arguments of the theology of the cross is that God clearly reveals Himself in creation (Rom. 1) but, contrary to the teaching of a lot of natural theology, the human condition (or our skewed reason) is such that all of that becomes academic. He is as imperceptible to us as He could possibly be. For that reason, we go into Romans 2 and 3.

The interesting thing is that, even though God reveals Himself in suffering in the cross, clear revelation doesn't register at all. We are still so impressed with power and assertion that we turn the Christian insight, which is clearly the opposite of our idea of power, into power. If we could only convert Congress to Christianity, then everything would be OK. We would have the power brokers on our side. If we could only get people to behave a certain way, everything would be OK. So, we'll really earnestly engage in behavior modification. 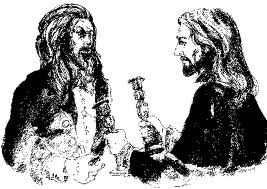 manifestation of we believe to be right... Romans 2 and 3 again), then it ceases to speak to us and begins to scold us. Take the seminary that Joseph Stalin (!) attended. It was stifling. They forbade Hugo, Gogol, Tolstoy, Dostoevsky, and a variety of other profound authors and engaged in coercion to try and produce the sort of behavior they wanted. Almost utterly devoid of the sort of love and encouragement that the Christian faith embodies. The place where last-ness meets last-ness. And we got Joseph Stalin and a bunch of revolutionary Bolsheviks.

It's the same result with the Crusades (we are dealing with the repercussions of that today!), power-wielding prelates, and hard-ass Bible colleges and seminaries that try to mold people into their own image (how many atheist and wounded refugees from that world have I spoken with? It's heartbreaking.). 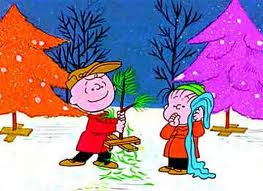 Anytime straight-line (Capon) power and Christianity are mixed, disaster happens. What impresses us is just not right. What we stumble on and decry as foolishness is, in fact, what is right and profound. And every Christmas, we see it. Right there in the manger. Pure vulnerability, weakness, love, and compassion. Last-ness reaching out to last-ness. Why do refugees from the Church come back on Christmas? Well, it's just not too hard to figure.
Posted by David Browder at 2:30 PM