Do You Have A Zombie Plan? Part II 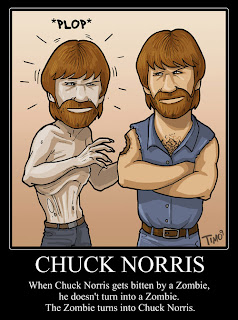 It doesn't take long in this life to see particular groups of people peeling off the major interstate of human relationships into their own provincial enclaves.  This can be geographical (as in the small towns that recycle their populations) or metaphorical (as in the cliques that arise in schools and morph into adult subcultures).  Everyone within reach of this digital word finds themselves in the midst of some subculture or homogeneous people group.  It could be the good ol' boys in Rayne, Louisiana or the hipster Christians of Philadelphia, Pennsylvania.  It could be the Old Row fraternity scene at the University of Alabama or the Crips in South Central Los Angeles.

It all goes back to the idea of good ol' bootstraps, self-generated identity.  And identity is always the reservoir of self-assertion and, thus, suffering, violence, judgment, and fear.  As one of the Bloods on a Gangland documentary said, "If you ain't Blood, you're my enemy."  Similar but less ominous attitudes appear in other subcultures.  Imagine walking into a University of Georgia sorority party with an 80's bouffant hairdo and acid-washed jeans.  Even (especially?) the Christian subculture (whatever form that may take in your town) is much more about cultural ethics, politics, language, and subtleties than God's Law.

But, what about the coming zombie apocalypse?  What position do all of these individual members of their respective subcultures find themselves as they realize they are being stalked by the living dead?  Is there something universal here that we will be forced to recognize?  Come to the breakout session "The Zombie Apocalypse in Christian Thought" at the Mockingbird Conference to think about and gird yourself for the coming zombie horde.

Posted by David Browder at 5:20 PM