The Theology of Suffering, Part III

It is with fear and trembling that I attempt to address the main question of suffering raised by James Wood in his recent New Yorker article. Here goes:

If anyone ever sits you down and starts explaining how they've finally figured out God’s machinations in the universe, you can get up and go home. What they are giving you is their opinion and, hell, you already have one of those.

When it comes to theology, the place where we begin our inquiries makes an enormous difference in the conclusions we draw. This is especially true when dealing with a question like why a gracious God would allow suffering. Do we begin at the "top", taking God as our starting point and work our way down? Or do we keep our feet on the ground, looking first for things that are a bit more accessible to tell us about Him? I have found that a "bottom-up" approach is far, far superior to a "top-down" one, which (at best) only ever leads to speculation. 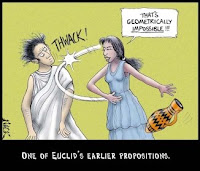 The answer to the question of suffering does not lie in circular metaphysical rambling. No, it lies in the words that Jesus spoke in John 14:9; “Jesus said to him, "Have I been with you so long, and yet you do not know me, Philip? He who has seen me has seen the Father; how can you say, `Show us the Father'?”

When I was a kid, I caught my first catfish with my grandfather in the Alabama River near Montgomery. Now, there is no way that that catfish could use his interaction with me to figure out the fashion industry in New York or the Dow Industrials. All he knew is that I put a hook in him and was probably going to eat him at some point. In other words, his revelation of the human race was that they are malevolent. That is all he could know (just look at that catfish and tell me he could factor accounts receivable)! 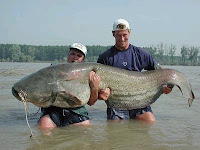 When our Lord identified Himself as the lens through which one understands God, He was giving a picture of a God who is fully and unconditionally in the corner of those who would spurn Him. Looking at Jesus, we see a God who is totally benevolent. Now that we know where to begin, we can try to interpret suffering in a way that is faithful to the revelation of God which is Christ.

There is a great presumption among modern folk about the need to have God conform to our reason and right to pursue happiness. We make ourselves the final arbiters of what is good and what is evil. When we do so, we prove Ludwig Feuerbach to be correct: theology is just anthropology, with humanity projecting its wishes onto a created deity.

But this is where Martin Luther’s great insight of the “hidden God” or the theology of the cross comes into play. Again, we understand that the revelation of Christ is the lens through which we see the Father. We also see great pain and suffering brought about by both man and nature. God hides His love and mercy in what appears to be wrath, the ultimate example of course being the Cross. His alien work wrests us from our need to make ourselves as gods and forces us to place reliance (faith) on Him. Our eyes are then opened and we are able to look up and see love while looking around to see objects of love. In this manner, the old is destroyed and the new is reborn. Love is created out of nothing. 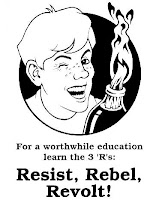 Certainly, there is a lot left untied. But God does not operate under the constraints of human reason. Would you operate under the reason of a catfish? The proof of this is not human logic but the Resurrection. Suffering and death do not hold those who put their faith in Christ. In the end, all is accomplished and all is won.

There is still plenty to say about Wood's arguments. For instance, he overlooks the answer that Dostoevsky himself gives about suffering and a gracious God. It comes in the latter part of The Brothers Karamazov, after Ivan Karamazov has given his protest atheism manifesto so confidently (the one that Wood refers to so liberally) and is visited by the devil. One quote from the devil is just too good to pass up. It is typical Dostoevsky humor:

"Once there was on your earth a thinker and philosopher who rejected everything... above all, a future life. So when he died, he expected to plunge right into blackness and nothingness, but what did he find instead but future life. He was very surprised and quite outraged."


So, the nature of the debate (not to mention the question itself) shifts radically when viewed from the bottom-up. We see God through the lens of the Suffering Servant, Jesus Christ, not vice versa, and it makes all the difference. I know I for one could never be the “great and terrible mind” Victor Hugo speaks of in Les Misérables, trying to punch through the mysteries of God. I am fine just being a catfish.
Posted by David Browder at 7:56 PM