The Theology of Suffering, Part II 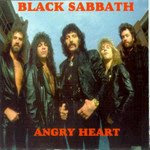 According to Ashley Null, the wonderful scholar of the English Reformation, Thomas Cranmer said something close to the following: “What the heart desires, the will chooses, and the mind justifies.” And according to the Prophet Jeremiah “The heart is deceitful above all things, and desperately corrupt; who can understand it?” (Jer 17:9 RSV). This is the doctrine of the bound will, and it is at the heart of the Reformation. If it is true (and we confess that it is), then arguments that appeal to the mind are, at best, tertiary. It is also why, in questions such as theodicy and protest atheism, the heart (or the irrational) must be the first item of interest.

Furthermore, it means (and I realize some people may disagree) that appeals to the rational like “presuppositional” apologetics are of limited value. I'm not saying apologetics don't serve a purpose; certainly, they provide a helpful foundation for many people. But so often, these kind of arguments are presented in a condescending or paternalistic manner, rendering them downright counter-productive. There is nothing more irritating than having someone check your “presuppositions” at every turn. It is more likely to produce a bloody nose than a conversion. At least from me. 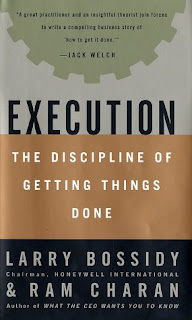 It is the heart that lies at the core of the New Yorker article about “theodicy.” It positively screams off the pages when you read the following (supposedly) background information. This first quote is a personal statement from the author of the article, James Wood, and the second is him describing Bart Ehrman, the author of the book under review:

I know this, because it was how I began to separate myself from the somewhat austere Christian environment I grew up in. I remember the day, in my late teens, when I drew a line down the middle of a piece of paper, on one side of which I wrote my reasons for belief in God, on the other my reasons against.

Readers learned that he had been reared in a conservative family in Kansas, was “born again” in high school, attended the fundamentalist Moody Bible Institute, in Chicago, and then Wheaton College, Billy Graham’s alma mater.

Words such as “austere” and “fundamentalist” belie a strong negative reaction against a Christian environment of law rather than grace. They describe an environment that was most likely long on control/superficiality and short on freedom/comfort to sufferers (and probably not much fun to be raised in!). This could be similar to the story of Wes Craven, who graduated from a conservative Christian college resolved to combat Christianity wherever he found it. To borrow a phrase from our friend Rod Rosenbladt, I believe these are people that have been "wounded by the church."

I certainly hope my saying that doesn’t sound patronizing. I myself have had a long struggle with agnosticism and Christianity that was only decided when I heard the word of grace five years ago in this sermon. Even now, the word “decided” almost seems too strong, especially considering how the things that I value so much, things like grace, freedom, and comfort for sufferers, are so actively opposed/frustrated by elements in the Christian church.

But again, what the heart desires, the will chooses and the mind justifies, and what we have read here is what the mind has justified. In this light, perhaps we can see the two authors as fellow sufferers rather than idealogues to be attacked. This is not to say that Christianity should not be rationally defended. It should. It should only be done, however, with the understanding that the heart ultimately calls the shots. I believe this to be faithful to the insight of the Reformation and would love to hear what you think.
Posted by David Browder at 8:11 PM