The Theology of Suffering, Part I 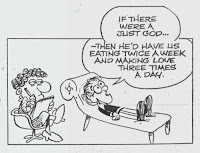 Last week I was sitting at home, minding my own business one evening, when I received an e-mail from Jady Koch about a recent New Yorker article called “Holiday in Hellmouth: God May Be Dead, But The Question Of Why He Permits Suffering Lives On". Catchy title. After clicking on the link, I was disheartened to discover a long, dense piece of writing about something called “theodicy.” But after reading it, I was glad that I pushed aside my normal reluctance to read long articles on my computer. And since Jady is traveling the world at the moment, I agreed to pinch-hit for him and post some commentary.

The article raises quite a few big issues (and implies several others), so I've decided to break my thoughts into four parts, to be posted individually over the course of a few days. Hopefully, this will aid in readability and accommodate certain givens, such as time constraints, coffee breaks, screaming children, and other assorted real-world concerns. In any case, here we go. This first installment will introduce the concept of “theodicy” and one of its most important antagonists, “protest atheism.”

explain the existence of suffering in light of a gracious God. An antithesis to this is a phenomenon called “protest atheism”. The latter view is represented by Ivan Karamazov in Fyodor Dostoevsky’s The Brothers Karamazov and is expressed in Ivan’s explanation to his brother Alyosha Karamazov, a monk in the Russian Orthodox Church:

No, I want no part of any harmony; I don’t want it out of love for mankind. I prefer to remain with my unavenged suffering and my unappeased anger – even if I happen to be wrong. I feel, moreover, that such harmony is rather overpriced. We cannot afford to pay so much for a ticket. And I hasten to return the ticket I’ve been sent. If I’m honest, it is my duty to return it as long as possible before the show. And that’s what I’m trying to do, Alyosha. It isn’t that I reject God; I am simply returning Him most respectfully the ticket that would entitle me to a seat. (The Brothers Karamazov)

As you can see, there is a sort of Bizzaro-piety involved with this movement. There is, however, a lot to be said for this way of approaching suffering if human reason is the final arbiter. James Wood, the author our article, echoes Ivan’s thoughts: 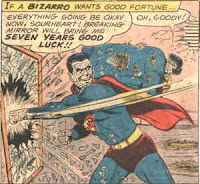 There is something adolescent about such complaint; I can hear it like a boy’s breaking voice in my own prose. For anti-theodicy is permanent rebellion. It is not quite atheism but wounded theism, condemned to argue ceaselessly against a God it is supposed not to believe in. (Holiday in Hellmouth)

“Protest atheism” is certainly a part of this article but there are other aspects as well. In the next installment, I will discuss the damage that law-based, control religion does to people and how they react (this will not be a red herring). This will appeal to a deeper undercurrent and, hopefully, quiet the natural reaction of the Christian to attack. The installment after that will deal with the issue of “theodicy” itself in theological argument. The last installment will advocate what I believe to be the Christian theology of suffering in light of love for the neighbor. In the meantime, take a look at the article and see what you think.
Posted by David Browder at 7:09 PM