The Rage of Virtue

This article popped up in the L.A. Times this morning, much to my surprise. That exploding ethnic tensions in China are just now hitting the news is testament to that particular government's ability to (at least mostly) control the message coming out of the country. How amazing (tragic?)! 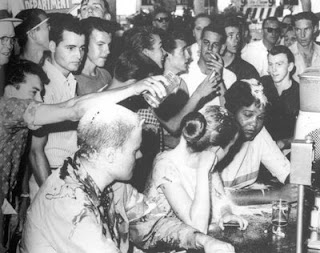 Anyway, the politics of the free society is not what I am interested in right now. What interests me are the ideas of virtue, ethnicity, culture, and what Christianity has to say about it.
Human beings are always trying to claim some sort of inherent virtue for purposes of self-justification. It doesn't matter what country, society, or culture they are from. This, the Bible calls "sin" and it is universal. It transcends ethnicity, culture, skin pigment, social class, economic class, gender, position, and any criteria you care to mention. It includes both Western jingoism and Western self-loathing. African tribalism and Asian shame. Shiite Islamism and Shiite secular environmentalism. Everything is based on inherent virtue. I have it and you don't. Therefore, you deserve justice and I deserve my reward. Aristotle is indeed the theologian of the natural man.
Take a second to read Romans 3:10-18 and see what St. Paul has to say about inherent virtue. Or Romans 7 (if you might be led to believe that a Christian is inherently better than a non-believer). 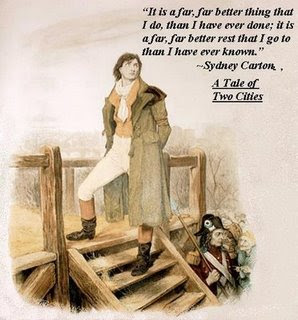 Listen to this excerpt from the article: "A giggling teenage girl carried a board with a rusty nail protruding from it." How chilling. This could be a character from Dostoevsky. Or, even better, the character Vengeance from the Charles Dickens work A Tale of Two Cities. The wrath of human virtue mixed with the grievance and confusion of a little girl.
Just remember how that book ended, though. A man forgotten in the pages of the epic; a man of very little consequence in the eyes of the world; a man rejected... substituted himself for a condemned man (the one we most identify with in the book) and submitted himself to that wrath. A sublime picture of God's denial of inherent human virtue and His purchase of us, regardless of our condition of needing self-justification at every moment.
· In another (but related) note, take a look at Mark Galli's terrific opinion piece in Christianity Today. It is true fresh air in a cloudy era of Evangelical confusion over the Gospel. Read the comments, too, if you dare. It will give you an idea of where things stand right now.
Posted by David Browder at 11:33 AM