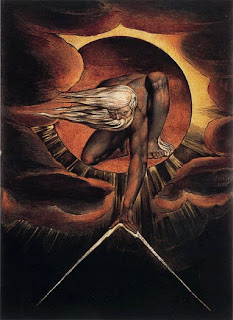 Daniel 7:13-14 "I kept looking in the night visions, And behold, with the clouds of heaven One like a Son of Man was coming, And He came up to the Ancient of Days And was presented before Him. "And to Him was given dominion, Glory and a kingdom, That all the peoples, nations, and men of every language Might serve Him. His dominion is an everlasting dominion Which will not pass away; And His kingdom is one Which will not be destroyed.

One aspect of American pop-culture that has always interested me is our fascination with rap music. A fascination that I share. In fact, I've recently gone through a personal renaissance with rap, primarily mid-to-late 80’s hip-hop. I am speaking of artists like Eric B. & Rakim, KRS-One, EPMD, Public Enemy, Kool Moe Dee, etc. In elementary school, my musical world centered on these guys, so much so that it's a miracle no photos ever emerged of me with my fake gold chain, gesturing and rapping along with Rakim in my bedroom mirror.

What makes rap so intoxicating? What about it captures the imaginations of (particularly) young boys so powerfully, whether they be black or white, urban or suburban or anywhere in between? In reading the above portion of Daniel 7 through the lens of the anthropological insight of the Reformation, I believe that I have come to an understanding.

Rap (particularly the form of rap I am familiar with) projects (or imputes in the mind of the listener) a form of definite mastery over one’s domain. It asserts utter dominion. There is an ease with which opponents are dispatched and uncomplicated (libidinous) relationships with women are initiated. What nervous and insecure young boy (or man) can’t identify with that felt need? It would seem that rap functions as a form of popular mysticism, taking the young man into a world of total domination, if only for four minutes.

I once watched a documentary on the Notorious B.I.G. (Biggie Smalls). He came after my time but he was definitely a part of the same tradition of rappers that I grew up with. In 1997, a vehicle pulled up next to his at a red light and began firing. Smalls was dead before his bodyguard reached the hospital. When the hearse carrying his body drove through his native section of Brooklyn, throngs of fans were there to greet it. As it passed by, someone played Smalls’ song “Hypnotize” at full blast. It was a final and futile protest to death. It was a tragic irony. 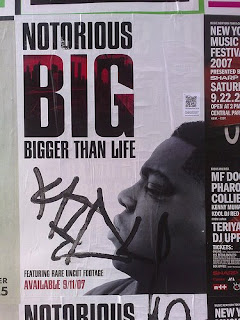 Biggie biggie biggie cant you see
Sometimes your words just hypnotize me
And I just love your flashy ways
Guess that’s why they broke, and you’re so paid

The people eventually dispersed and went back to their lives. Some got married and settled down, some moved to other neighborhoods, and some changed musical interest. Other rappers rose and took his place. All eventually relegated Biggie Smalls to the back of their minds, if they even think of him at all these days.
The insight here is that a mystic fantasy of dominion is just that. A mystic fantasy. Our opponents are the world, the flesh, and the devil, and they actually dispatch us with ease. Relationships are not uncomplicated offerings to the altars of ourselves but impermeable and imperceptible mosh pits with the unknown other. We have no dominion, and we do not play master to our circumstances.


Someone does have dominion, however. We are not author-less conglomerations of cells bumping around in a vapid void. The One with dominion is the Son of Man and His love was completely poured out for us even while we tried to master Him. Mastery for us, then, becomes blissfully unnecessary.
Posted by David Browder at 9:00 PM