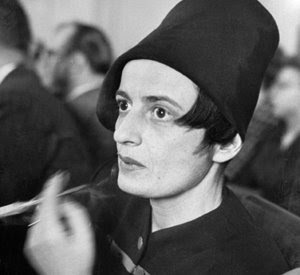 As one who has been historically affiliated with the Right of the political spectrum, it has been difficult for me to watch a chastened Republican intelligentsia take refuge in the Objectivism of Ayn Rand. At first, I thought it was mentioned by chance in the coverage of Jack Kemp’s death (the underprivileged never had a stronger advocate than Kemp, by the way). I then picked it up again in this article in National Review. It is an article about the CEO of BB&T, a bank out of North Carolina that I actually do business with in my day job. Here is a telling excerpt:

However, simply because Rand doesn’t endorse altruism for altruism’s sake, many people misconstrue her to be amorally selfish. Rand “doesn’t view ethics as self-sacrificial,” Allison says, 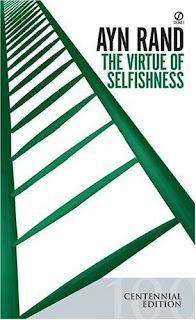 “she views ethics as a rational means to success and happiness. If you described her in principle, she would say that you shouldn’t take advantage of other people because that is unethical behavior and self-defeating. But you also shouldn’t self-sacrifice. What you really need to do is run your life in relationship to other people in context to what she calls the trader principle. The trader principle is about what I call creating win-win relationships. We trade value for value and we get better together, and we find these common grounds where we can get better together.”

From my study and interest in the anthropology (doctrine of mankind) of the Reformation, it seems to me that the charge of selfishness is quite common and lacks insight. The wrong critique, in my opinion. The real problem with Rand’s Objectivism is her anthropology. It’s not that people (not just free-market capitalists) are selfish. Everyone knows that and it is a fact that does not change. The problem with Rand is that she believed that people are rationally self-interested. In other words, people have free will and the mind is totally in the driver’s seat with regard to moral disposition. 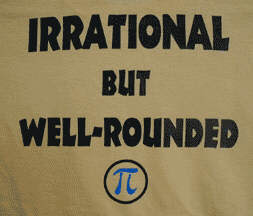 According to the Reformation (and Reformer Philip Melanchthon, in particular), “The will chooses what the heart desires and the mind justifies it.” In this formula, the mind (along with the will) is enslaved to the heart and is tertiary (at best) in importance. According to Jeremiah 17:9, “The heart is deceitful above all things and desperately corrupt; who can understand it?” Romans 3 might also give a clue.

The breakdown of Rand’s high anthropology became evident in this present recession that exposed a foundational rot in the reliance on the market to regulate itself. Even Alan Greenspan- a personal disciple of Rand’s- (in a statement of disarming humility) acknowledged this: 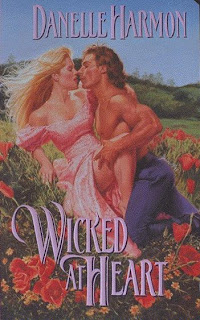 “Those of us who have looked to the self-interest of lending institutions to protect shareholders’ equity, myself included, are in a state of shocked disbelief.... The whole intellectual edifice [of risk-management in derivative markets]...collapsed last summer.” Asked whether his ideological bias led him to faulty judgments, he answered: “Yes, I’ve found a flaw. I don’t know how significant or permanent it is. But I’ve been very distressed by that fact.”
- Alan Greenspan at a congressional hearing in October 2008

So, do we embark on a massive project of hyper-regulation in response? No, I don’t think so. There is also this cosmic power called “the Law”, but that is another post for another time. Let us simply take the anthropology of the Reformation from the conceptual and apply it as if it is actually true. The heart of man is in the driver’s seat and that makes our self-interest wholly irrational.