At all events when, after many hours, the door was opened and people thronged in, they found the murderer unconscious and in a raging fever. The prince was sitting by him, motionless, and each time that the sick man gave a laugh, or a shout, he hastened to pass his own trembling hand over his companion's hair and cheeks, as though trying to soothe and quiet him. But alas he understood nothing of what was said to him, and recognized none of those who surrounded him.

If Schneider himself had arrived then and seen his former pupil and patient, remembering the prince's condition during the first year in Switzerland, he would have flung up his hands, despairingly, and cried, as he did then: "An idiot!"
- From Fyodor Dostoevsky’s The Idiot 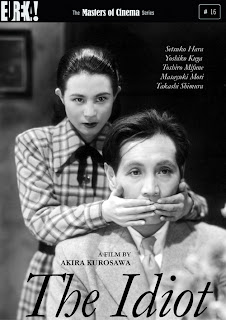 Jacob Smith's wonderful entry about a theology of the cross vs. a theology about the cross last week inspired some fresh thinking about what is (to me) a familiar subject. Familiarity does not exactly mean exhaustive knowledge, however. Indeed, it is sufficiently counter-intuitive so as to demand a lifetime of contemplation and living to connect with its meaning. So if only for my own benefit, I would like to explore this idea of the "theology of the cross" once more.

You have heard it said here that "judgment kills love and love births goodness". I would like to add this sub-header to that maxim: Goodness Kills Love. You may ask, “How can what is good in this world kill love?” I would, in turn, point you to Thesis 4 of Martin Luther’s Heidelberg Disputation: “Although the works of man always appear attractive and good, they are nevertheless likely to be mortal sins.”

The understanding of this actually lies in the 3rd chapter of Genesis: But the serpent said to the woman, "You will not surely die. For God knows that when you eat of it your eyes will be opened, and you will be like God, knowing good and evil." (Genesis 3:4-5) The reality of mankind’s condition of self-justification and self-deification does not need biblical support to be proven empirically and finally. The Bible simply and truthfully says what exists. It is this condition of self-deification that takes whatever is available and distorts it as a means to justify oneself before some perceived jury of peers or some other concoction of the subconscious. Most commonly, it is a sense of victimhood that suggests an inherent goodness. 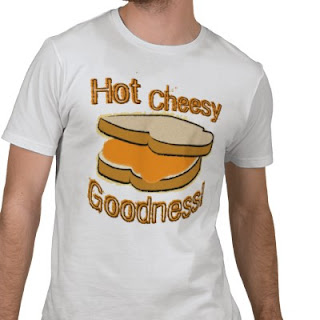 What triggered my renewed thinking about this is a woman I know in the Midwest whose husband had been unfaithful. Old story, I know, but it is not some common societal abstraction to the one who suffers through it. In any case, there was a divorce and now the woman hates her ex-husband. And it is a palpable hate that radiates and can physically be felt. It has infected the children of the marriage and the father has been utterly destroyed and exists today in an equally palpable despondency. The transgression has opened the floodgates of consequence and life has stripped bare the preposterous veneer of self-justification.

Ironically, the offender or violator is in the position of being the one for whom Christ came to save. A miserable offender. On the other hand, the victim (or the one who sees herself as justified) is the very one about whom Jesus said, “O Jerusalem, Jerusalem, the city that kills the prophets and stones those who are sent to it! How often would I have gathered your children together as a hen gathers her brood under her wings, and you would not! Behold, your house is forsaken.” (Luke 13:34-35a) 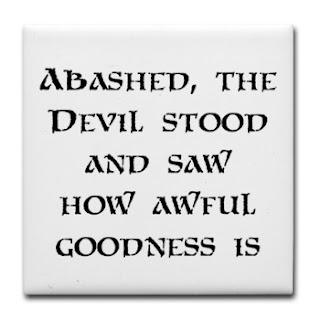 In his earlier entry, Smith noted: “Therefore, a theology of the cross, as opposed to simply inoculating our conscience to sin and our own culpability in it, finds us guilty of the sin that we have committed, and states that we should be justly condemned for it, while at the same time stating our penalty has been paid for and we are 100% forgiven.”

For the one who is good or the one who is justified, the idea that WE should be forgiven is an affront! The victim who comforts and gently caresses a murderer is an idiot! With goodness aided by its worldly ally justice, love is killed and the world wastes away with a clenched fist and a finger on the button of the electric chair.

It can simply be said that one loves and shows compassion to the exact degree that he has been loved and has been shown compassion. Everyone on this planet is a candidate for unmerited favor or “grace”. Goodness is an obstacle to grace and the theology of the cross creates love.