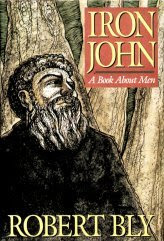 "...Go forth into the world, there thou wilt learn what poverty is. But as thou hast not a bad heart, and as I mean well by thee, there is one thing I will grant thee; if thou fallest into any difficulty, come to the forest and cry, "Iron John," and then I will come and help thee. My power is great, greater than thou thinkest, and I have gold and silver in abundance."

- From the Brothers Grimm fairy tale Iron John
If there is one thing I have noticed over the years about the male gender, it is the need. There is an interesting contradiction in the masculine. On one hand, he will run up the stairs of a burning World Trade Center tower to rescue survivors, cover a live grenade with his body in order to save his friends, endure unspeakable torture in order to keep faith to his country, and defend his family's home to the death. On the other hand, a negative word from a father or respected elder will fold him like a house of cards. There is a deep, deep need in the inside of a man. 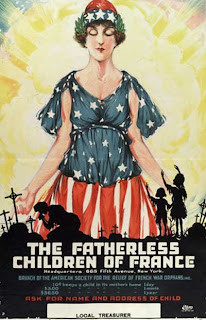 The industrial and technological revolutions of the past couple of centuries have done a lot of good in terms of material prosperity and quality of life. The ill it has done, however, is to take fathers away from their sons at critical junctures. Gone are the days of the father teaching the son about seasons of planting and harvest, the habits of the whitetail deer, and the various uses of particular timber stands. Of course, these skills are not the important thing. What is important is the amount of time spent with the son... that the son is worthy of time and effort and vitally important to the family.
The industrial and technological revolutions have placed a premium on a high level of expertise. They have also created a workplace away from the home and that leads to the father's absence for most of the day. Boys are placed in schools which are often geared toward feminine ways of learning (a good documentary to watch on this subject is Raising Cain). Frustration sets in and self-worth deteriorates. The essence of who he is seems to be obsolete and even frowned upon. He then grows up and the same pattern is repeated with his son. The need of the boy to be affirmed by an older male is acute and underestimated by society.
Sadly, the male reticence about expressing emotions is frequently assumed to be indicative of emotional hardness. Nothing could be further from the truth. A denial of blessing often leads to a quite desperate young man. 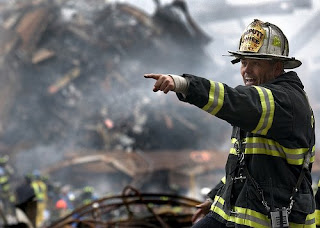 In Rod Rosenbladt's presentation on the theology of the Reformation as it relates to fathers and sons (which, along with the amazing t-shirt below, can be purchased at New Reformation Press), he places his finger squarely on the problem and the solution. The problem is described above: there are precious few (if any) ways for a young man in our society to receive the blessing of an older male (particularly a father). A lack of initiation rites, if you will.

The solution comes in the form of an analogy to the insights of the Reformation. The Reformers found that Scripture teaches an imputed righteousness, i.e. the blessing of God given to sinful men and women, acquired only by grace and only through faith. The essence of this righteousness belongs to Jesus Christ only. But it is given 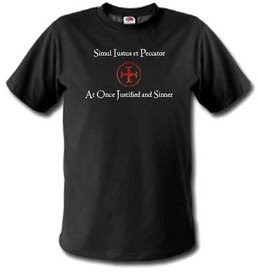 freely. In this way, there is a sense of reality for the person who is justified. It is called simul iustus et peccator in the Latin. This means simultaneously right before God and yet conflicted.
It is not a "school marmish" idea of superficial improvement. Nuns are not rapping your knuckles with a ruler. There is no program of a progressive increase in virtue. There is no self-deception about inherent righteousness. It is the deep magic that is not magic. It is a free one-way blessing that positively re-orients you to your Maker. It is a real righteousness that covers a real, and continuing, flailing about. It is becoming a grown-up. It is the blessing of God the Father which in itself, affirms, creates purpose, and breaks the curse.
Posted by David Browder at 8:15 PM