Fathers, Sons, and the Reformation, Part I 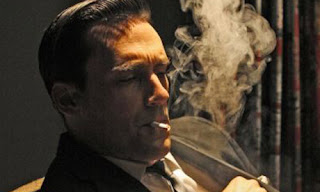 In November of 2003, I was attending the Cathedral of the Advent in Birmingham, AL and just beginning to understand the Gospel and its implications. During one service, it was announced that the Rev. Dr. Rod Rosenbladt (LCMS) was flying in from California to give a seminar on how the theology of the Protestant Reformation interacts with father-son relationships. My decision to attend was a benchmark in my understanding of Jesus Christ and who He is. I could probably even trace my call to the ministry to Professor Rosenbladt’s presentation (to listen/obtain, visit New Reformation Press - the indispensible online center for all things Rosenbladt- and Reformation-related).

One of the most striking things Professor Rosenbladt said in his presentation was; “Masculinity is not 12 gauge. It’s .410.” For all you New Yorkers whose idea of comparison is Gucci and Prada, a .410 is a much lighter and smaller bore shotgun than the 12 gauge. Usually, small-in-stature kids who are just beginning to hunt use a .410. I, personally, use a 12 gauge for ducks and turkeys. For the purposes of our conversation, the 12 gauge makes a considerably louder “boom” than a .410. 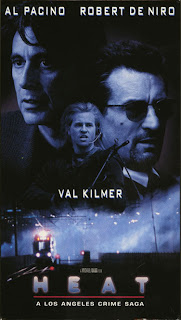 It’s this loud “boom” in perceived forms of masculinity that manifests itself when a true father is not present. As Professor Rosenbladt quipped, the lack of a father looks like the movie Heat, i.e. Al Pacino and a bunch of .223 AR-15’s. It is a desperate exercise of inventing what a man is perceived to be; the idea that masculinity means actively creating one’s own identity. Asserting itself to the detriment of others, often violently and certainly unethically (as we have seen in the recent economic crisis). It is a mindset of fatherless men that is driven by fear. Fear of accusation, condemnation, failure, and impotency.

What breaks the chain is a driving away of this fear. You cannot be left to create your own identity in a world this big and mean. It is pure futility. You need the arm of a father around your neck. In theological language, you must passively receive your identity rather than actively create it.
This is justification by faith alone. The One who has total control is completely in your corner. And He will never desert you. This is the truth that takes away the terror of one-whistling-in-the-dark and turns a 12 gauge into a .410. This sort of masculinity still has bite but it is a subtle yet confident bite that needs not make a lot of noise. It creates fathers that have a gentle, patient, and light touch with sons who are trying to find their way in this world. The desperation that leads to driving, forcing, and creating a "champion" is assuaged. The father-son relationship can then be enjoyed for the special relationship it is.

This is the Christian picture of fatherhood, and it is a chink in the passing of the curse from the father to the son.

Posted by David Browder at 1:36 PM